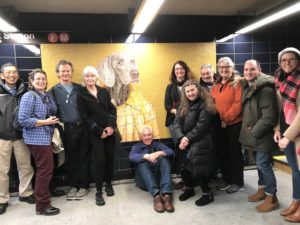 On December 1, 2018, Cathleen Newsham, (a founding member of the New England Mosaic Society), led a private tour for 16 of our members and thier guests of the New York City subway mosaics.  There are over 400 mosaics installed on subway platforms in the five boroughs of New York City, and this tour featured 10 of Cathleen’s favorite sites in the borough of Manhattan.

Newsham began her discovery of this immense underground museum eight years ago when a Manhattan family had a dream to create a fantasy Coney Island subway mosaic platform in thier bathroom. The family commissioned Cathleen to design, fabricate and install it, (complete with the family members in the seats of a roller coaster), which is when she began her research into the NYC subway mosaics.  Click here to see the completed mosaic and learn her process.

During the design phase of the project, Cathleen began photographing and cataloging these amazing works, which are part of the largest collection of mosaics in North America.  Since then, she has lead many artists, students and enthusiasts through the vast NYC transportation network to view these underappreciated works of art.  As a professional mosaic artists, she explained to our group the process of how the mosaics are designed, fabricated and installed, and gave participants insight into the complex process of creating a smalti mosaic.

Newsham is offering this same tour again on

She has also added a Part II, Outer Boroughs and Off the Beaten Track on April 7th, 2019 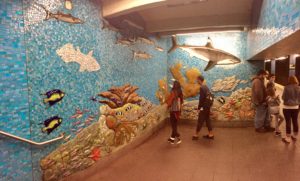 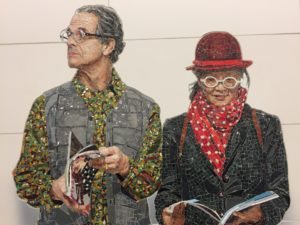 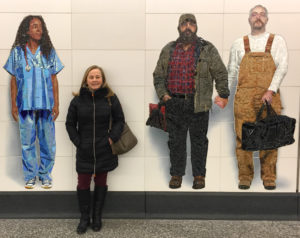 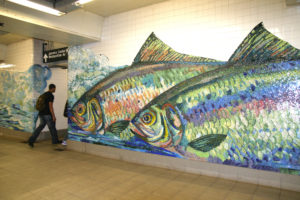 “Shad Crossing”, Ming Fay’s nod to the immigrants of the lower East side’s main food source at the turn of the century